Moving to or Within Treasure Coast?

Since 2002, White Glove Moving & Storage has been a Treasure Coast Moving Company that has made a difference. For example, our founder always believed in rewarding customers and employees. Hence, two decades later many employees have been with us more than five years and are able to provide a good living. Better still, our top referral source is happy customers, many of whom we have moved more than once. Of course, the Treasure Coast is special and that is one of the reasons White Glove believes it needs to make a big impact in the communities we serve.

Geographically, the Treasure Coast is a region of the U.S. state of Florida. It is located on the state’s Atlantic coast, comprising of Indian River, St. Lucie, and Martin  counties. Hence, we love being able to help people move to and within this area. In 1961, Treasure Coast was coined by John J. Schumann Jr. and Harry J. Schultz of the Vero Beach Press Journal newspaper shortly after salvagers began recovering Spanish treasure off the coast. Thus, the discovery of treasure from the 1715 Treasure Fleet, lost in a hurricane near the Sebastian Inlet, was of major local importance and brought international attention to the area.

Additionally, all of the Treasure Coast is shielded from the Atlantic Ocean by narrow sandbars and barrier islands that protect the shallow lagoons, rivers, and bays. Immediately inland, pine and palmetto flatlands are abundant. Furthermore, numerous lakes and rivers run through the Treasure Coast, notably the well-known Indian River, a part of the Indian River Lagoon system.  Interestingly, the Treasure Coast is also bordered by the Atlantic portion of the Intracoastal Waterway, a stretch of closed water from Brownsville, Texas to Boston, Massachusetts.

Subsequently, no matter where you go, you’ll see no end to the vibrant colors of the region’s blooms and the rich texture of its foliage. With everything from ferns to palm trees, this area of Florida is a gardener’s dream. Plus, if you love wildlife, there’s plenty to be seen in in the Treasure Coast. In fact, much of the real estate in the area includes Audubon type backdrops and preserves. After that, the Treasure Coast is a photographer’s paradise. For instance, there are always dolphin frolicking, crabs playing on rocks, birds swooping from tree to tree, and countless fish can be seen jumping as you dine at a waterfront restaurant. Therefore, it is important to find a Treasure Coast moving company who understands such dynamics.

Most importantly, the Treasure Coast has some vibrant communities just waiting to be explored. Without exception, all of these areas boast excellent dining and shopping opportunities. Better still, they also have a laid back atmosphere that can help relax even the most tense of individuals. The major cities of the area are:

In addition, you can find smaller cities and townships with no less to offer in the way of culture and dining. Stop by a local restaurant to experience authentic fresh southern Florida seafood or hit one of the local shops for some funky finds. To sum up, with a great quality of life and jobs to be had; if moving to the Treasure Coast trust White Glove to be your Treasure Coast moving company. So, with a free estimate and hundreds of stellar reviews, allow your next move to be an enjoyable experience. 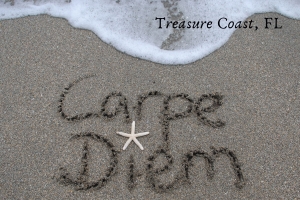