Moving to or Within Jupiter Island?

To start, White Glove Moving & Storage has been a highly regarded  Jupiter Island moving company since 2002. Geographically, the Town of Jupiter Island is situated on a barrier island at the south end of Martin County. Importantly, Jupiter Island consists of approximately 1,643 acres of land.  Henceforth, bound on the east by nine miles of ocean frontage and on the west by the Intracoastal Waterway. Interestingly, the town’s permanent population is 820 with a seasonal population of approximately 2,000.

On the mainland, the 105-foot-high red brick Jupiter Lighthouse serves as a guiding light to passing ships for over a hundred years.  Built in 1855, it remains as a landmark which now shows the way to the luxurious Jupiter Island lifestyle.  Similarly, it has been attracting elite families of America for the past 50 years.

That is to say, The Town of Jupiter Island was established by the Florida Legislature in 1953. Present day, hedges and heavy vegetation hide many of the 400 homes scattered around the nine-mile-long island. Subsequently, only a few deluxe condominiums exist at the southern end of the island – all virtually sold out except for the new Seawatch of Jupiter Island.  In fact, there are no bars, no shopping centers, no neon, no delicatessens. As a result, it is upscale and unsaturated.

Meanwhile, when it comes to zip codes, the southern end of Jupiter Island is in Palm Beach County . Whereas, the northern portion lies within Martin County. On the other hand, land at both ends of the island is controlled by the Fish and Wildlife Service and the Nature Conservancy. Most importantly, it is a stunning area.  For example, roads are shaded by arched trees, and the area`s million-dollar homes are not ostentatious, flashy castles.  Rather, expensive and well-appointed residences where good taste prevails.

As a result, White Glove Moving & Storage is the most qualified to exceed your moving expectations. Specializing in luxury and fine art moving, these trained professionals shine.  For instance, we work with interior designers and top rated partners to ensure even the most unique of moves are mastered.  In conclusion, our team would love to be your Jupiter Island moving company of choice. 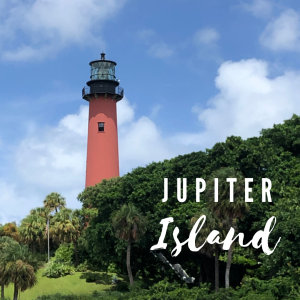