Moving to or Within Sebastian?

To begin, White Glove Moving & Storage became a highly referred Sebastian moving company in 2002.  Present day, Sebastian is located in Indian River County, which is world famous for its beaches, weather and citrus. Next, with water on either side the  St. Sebastian River on one side and the Indian River lagoon on the other, this area is eco-friendly. Geographically, Sebastian is 95 miles S.E. of Orlando, 22 miles south of Melbourne and 12 miles north of Vero Beach. Meanwhile, a great quality of life with affordable housing and tourism are provided by its 13,000 residents. Better still, top ranks schools and local hospital encourage families to thrive in the area. Celebrating 100 years, as of 2019, the Sebastian Inlet is a well preserved Florida state park. Perhaps, one of Sebastian’s biggest tourist attractions.

In 1715, it was the sinking of the  Spanish Plate Fleet off the coast of Florida that gave this region the  Treasure Coast  name. Due to a hurricane, the twelve ships filled with treasure sank. In 1988, near the Sebastian Inlet, treasure hunters found an estimated $300,000 in pieces of eight, jewelry and other artifact that had been waiting on the bottom for 150+ years.

Next, in the 1880’s, 40 pioneers migrated to a village south of the St. Sebastian River. By the 1890’s, a post office and a grown commercial fishing industry took hold thanks to ice houses and Flagler’s locomotives. Subsequently, the fishing industry is still alive and thriving  along with plenty of water based activities. Additionally, quaint river view lodging and waterfront restaurants flourish.  As a Sebastian moving company, we know many who enjoy the environment and the water love to relocate here.

In 1903, America’s entire National Wildlife Refuge System was first established. To clarify, President Teddy Roosevelt agreed to protect pelicans and other birds in the Pelican Island sanctuary of Sebastian, Therefore,  it became the first Wildlife Refuge in the country. To the west, the City of Fellsmere also enjoys a rich history. Firstly, it allowed women to vote south of the Mason-Dixon line after the reconstruction. Secondly, it was  the first to offer the convenience of packaged sugar in the state. Hence, within Indian River County, Fellsmere boasts the first library, public school and subdivision.  In 2019, the Sebastian Inlet celebrated it’s centennial.  With great fishing and a popular sand bar, the Sebastian Inlet also provides a Florida State Park to the area.

In summary, White Glove Moving and Storage enjoys being a community favorite Sebastian moving company. Annually, we sponsor the golf tournament and its famous Grill Out Night every August and Light Up Night in December. Hence, from senior living communities to houses on the river, we appreciate being a trustworthy Sebastian mover. 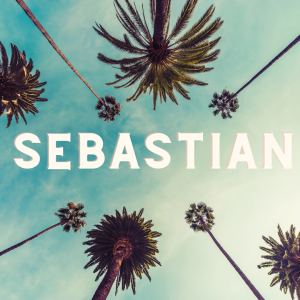