Moving to or Within Jensen Beach?

For starters, White Glove Moving has been a highly recommended Jensen Beach moving company for nearly two decades. Likewise, Jensen Beach is highly sought after and is known for it’s great schools and atmosphere. Additionally, here are some other facts about Jensen Beach for those considering moving to the area. Firstly, Jensen Beach is a census-designated place in prestigious Martin County, Florida. Hence, for those looking for a big small town, the population was only 11,707 at the 2010 census.

Dating back to 1881, John Laurence Jensen, an immigrant from Denmark, arrived and set up his pineapple plantation.  Thereafter, the region became the town of Jensen. By 1894, the Florida East Coast Railway reached Jensen Beach, and freight shipments were loaded directly onto the freight cars.  Alas by 1895, Jensen was called the “Pineapple Capital of the World,” shipping over one million boxes of pineapples each year during the June and July season.  Sadly, a hard freeze in 1895 devastated most of the small pineapple plantations. Also, two fires, 1908 and 1910, destroyed most of Jensen Beach and its remaining Pineapple farms. Consequently, the industry finally collapsed in 1920 due to a wide variety of financial and agriculture problems. In an effort to rebuild, growers decided to turn their efforts in another direction; raising citrus. Today, the pineapple has become a symbol of Jensen Beach and the fruit legacy is celebrated annually during the Jensen Beach Pineapple Festival.

Furthermore, Jensen Beach was rated the “Top Spot for Beach Volleyball” in 2008 by the “Prime Time Magazine.” Next, for those who like looking for gold, it is a part of the Treasure Coast which derives its name from the ships that wrecked during the 17th century.  As the story goes, due to coral reefs in the shallow waters the ships sank. Thus, still today artifacts and treasures from these ships of Spanish origin can still be found.  In the same vein, keeping with water, enthusiasts will find boating, sailing, fishing, skiing, surfing and scuba diving.  Interestingly, Jensen Beach also attracts several species of endangered sea turtles during nesting seasons. 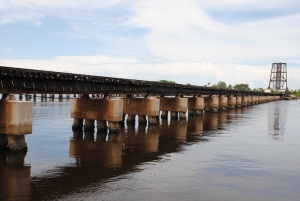