Moving to or Within Palm Bay?

To start, White Glove is proud to be respecters Palm Bay movers. Close to Melbourne, Palm Bay is a city in Brevard County, Florida. With over 100,000 people, it the most populous city in the county.  Perfectly located on Florida’s east central coast, it is midway between Jacksonville and Miami. Plus, Palm Bay is close to Melbourne and Orlando International Airports and Port Canaveral.

To begin, ranked the 11th most innovative city by Fores Magazine, the work industry in the area is quite good. For example, Harris Corporation manufacturing has 3,400 employees on its Palm Bay campus on Palm Bay Road. Next, Intersil employed 700 people in 2010. Then, Palm Bay Hospital (formerly Palm Bay Community Hospital) owned by Health First has been thriving since 1992. In 2018, Palm Bay-Melbourne-Titusville metro area was named # 1 for tech salaries.  Incredibly,  the average salary equates to $159,390, over three times the average state salary of $50,560.

Meanwhile, recreational activities include twenty-nine city parks which offer paintball and skateboarding, an aquatic center, a 200 acre regional park. Further, for golfers, there are  two public and multiple private golf courses.  Better still, the beaches are all very close.  In addition, for nature lovers, the Wildlife Turkey Creek Sanctuary is home to many rare and endangered plants and animals. Then, the Florida Tech Botanical Garden offers a 30-acre landscape of picturesque palms in numerous varieties. Of course, find plenty of fishing at the Sebastian Inlet State Park just 20 minutes south.  Additionally, a lively arts community thrives in Brevard County, full talented artists, musicians and actors.

Firstly, the Maxwell C. King Center for the Performing Arts plays host to a variety of performing arts, including Broadway musicals, symphonies, opera, jazz, ballet and comedy. Next, other area theatres include the Phoenix Melbourne Civic Theatres. Also, the Brevard Museum of Art & Science offers interactive children’s exhibits and classes. Plus, the Brevard Museum of History and Natural Science and the Air Force Space Museum are all close by. Specializing in moving fine art, White Glove has been a sought after Palm Bay moving company for such venues. More importantly, Palm Bay is just fifty miles from the Kennedy Space Center and Astronaut Hall of Fame. Whereas, a mere 65 miles to the northwest is the city of Orlando, home to world class attractions such as Disney World, Universal Studios and Sea World.

In 2010, the City of Palm Bay celebrated 50 years and continues to grow. Hence, at White Glove Moving & Storage, we are proud to be a resource for the companies and families in the area.  As premier Palm Bay movers, we hope to earn your business. To conclude, check out our free checklists, tips and answers to commonly asked questions, we will  make your move easy. 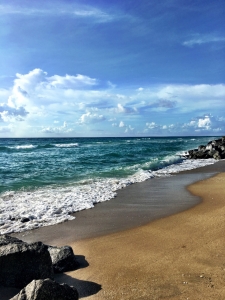