Moving to or Within Space Coast?

Since 2002, White Glove Moving & Storage has been a Space Coast moving company. Firstly, the Space Coast cities include Cocoa Beach, Melbourne, Melbourne Beaches, Palm Bay, Port Canaveral, Titusville, Indiatlantic and Viera. Geographically, it is bounded on the south by the Treasure Coast, on the west and north by Central Florida and on the east by the Atlantic Ocean. However, it is Brevard county that makes up most of this region. Since the 1950’s, the area  been known as America’s Manned Space Program. Because,  the Air Force developed the Eastern Test Range at Cape Canaveral Air Force Station to modern day Kennedy Space Center, all the important milestones of the space program.

Next, there are many interesting historical facts about the Space Coast. For example, Juan Ponce de Leon landed off the coast of Melbourne Beach in 1513. Dating back to 1605,  an Ais Indian village was on what is now The Ulamay Wildlife Sanctuary in Merritt Island. In 1783, the last naval battle of the American Revolutionary War was fought off the shores of Cape Canaveral between the USS Alliance and the HMS Sybill. Founded by fisherman, the first families arrived in Cocoa in 1860.  Yet, it was not until 1884,  its official name was adopted after one of its citizens received inspiration from a box of Baker’s Cocoa. Then, in 1873,  Colonel Henry Titus  intentions to have a town with his name came into fruition after  he won a card game.Later, Melbourne was founded in the late 1860’s by former slaves and named in honor of its first postmaster, Cornthwaite John Hector, an Englishman who had spent much of his life in Melbourne, Australia.

With such a rich history, growing job market and affordable housing, it is no wonder people look for a reputable Space Coast moving company to help them get settled. Hence, White Glove Moving & Storage, Space Coast movers, is active with the local community including chambers of commerce and realtors associations. Likewise, we believe in providing top notch service coupled with great rates. So, whether you just need help with the heavy lifting or a full move with storage; we can help. 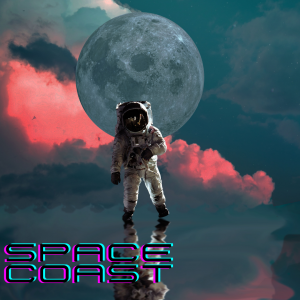