Moving to or Within Palm City?

With more than one hundred years of history, White Glove Moving & Storage is proud to be a Palm City moving company. Bought for just $1.91 and ¼ cents per acre lawyer and real estate developer Charles Chillings worth bought the land on the South Fork of the St. Lucie River that would later be Palm City. Originally a town in Palm Beach County, in 1925, Gov. John Martin signed the act creating the new county named for him and Palm City became part of Martin County. The next year, Florida Power & Light Co. brought regular electric service to the region. The town’s population was 95 people.

In the beginning, Chillingsworth used some interesting promotions including offering a house lot in the city to anyone who bought 10 acres for a farm. He also planted pineapples, oranges, and grapefruit on the side of what would later be Martin Highway, to show how healthy and fertile the land was. Many people bought their land unseen, packed their belongings, and moved to Florida hoping to start a new life.
Naturally, transportation proved challenging, and many people had to use a ferry to go to school, shop or for medical care in Stuart. Thus, a wooden draw bridge was built connecting the two cities. It was first erected in February 1919 and cost over $60,000 to make. In 1970, it was replaced with a concrete bridge.

From 1913 to 1928, The Palm Villa Hotel served as the crown jewel of Palm City, it was three stories high and owned by George and Alice Jane (Sartain) Coffrin, who established it as a cultural, civic, and social center. With a forte in hotel ff&e, it is clear hotels can serve as a community focal point no matter the decade.

1915: Woman’s Club is built. Palm Beach County approves a bond issue to build the bridge. Work begins on the St. Lucie Canal from Lake Okeechobee to South Fork of the St. Lucie River. Next, in 1922, Palm City’s first baseball team was called ‘The Palm City Swamp Angels was established. Then, in 1928 a hurricane devastated South Florida. The Palm City bridge closed because of damage. Next, in 1937, when the Florida “boom” turned into a “bust” a year before the Great Depression, Palm City was abolished by the Legislature because it was insolvent. Unfortunately, it took until 1963 for a special taxing district to pay off the town’s debts.

Present day, Palm City is a town in Florida with a population of 24,840. For those looking to move to Palm City and requesting a top-rated Palm City moving company, living in Palm City offers residents a sparse suburban feel with lots of parks. As with any retirees live in Palm City yet the public schools in Palm City are highly rated.

In closing, Palm City offers excellent quality of life with easy access to the water and agricultural opportunities Florida presents. At White Glove Moving & Storage we are active with the Palm City Chamber of Commerce serving as a President’s Council member since 2018. Additionally, White Glove supports various events in the city including golf tournaments, breakfasts, festivals and more. Thus, White Glove Moving & Storage looks forward to being a moving and storage partner of Palm City for many years to come. 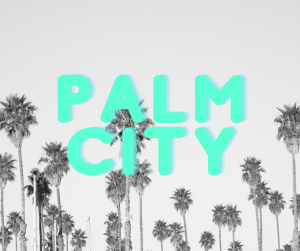