Moving to or Within Saint Lucie County?

Historically, it is believed that the name “St. Lucie” was first given to this area by the Spanish. That is to say, the “Santa Lucia” colony was established  between present day Vero Beach and Stuart around 1567. Afterwards, the Spanish held Florida from 1783 to 1819. Next, Seminoles, Creek Indians from Alabama and Georgia, and runaway slaves began to settle on the Treasure Coast. Then, by the 1900’s, the Anglo-Saxon version, “Saint Lucie” was officially used to identify the area.

Subsequently, Saint Lucie county is the second youngest in the state. In fact, one of the oldest tourist attractions created in the mid 50’s is the The Shell Bazaare. So, it weighs over 5,000 pounds and is a giant replica of a conch shell. Of course, even today it reels residents and tourists in for souvenirs. Also, Saint Lucie is home to the Mets.  With 7,160 seats, the stadium has had several name changes since it was built in 1988. Firstly, it was called Thomas J. White Stadium after the real estate developer who helped bring the team to town. Conveniently, White also developed St. Lucie West. After that, it was named Tradition Field. Next, it was renamed Digital Domain Park. Lastly, in 2013, it was renamed again back to Tradition Field before becoming Clover Park in 2019. With growth happening daily, including hotels, White Glove is proud to be St. Lucie county moving company that can assist. Because, we  protect new construction homes and condo elevators better than any other Saint Lucie County moving company.

In conclusion, Saint Lucie county movers are plentiful though not created equal. To clarify, the training and attention to detail we implement as a premier Saint Lucie County moving company is second to none. In that same vein, we provide in-home or virtual free estimates and will  exceed expectations to make your Treasure Coast move a pleasurable one. Therefore, for those who want to protect their investments from sleep number beds to artwork, have confidence White Glove is the mover for you. 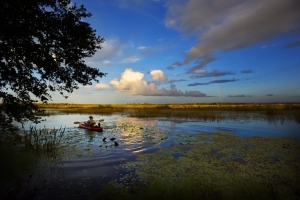