Moving to or Within Satellite Beach?

In 2002, White Glove Moving & Storage became a Satellite Beach moving company that residents could trust. With years of experience, we are proud to be known as go-to Satellite Beach movers. To identify, Satellite Beach is a part of Brevard County. Moreover, it a nice sized town with a population of approximately 11,000 people within the Space Coast. Its best feature, is the Atlantic Ocean which forms the eastern border with the Indian River the western border. Because, it is located on the local barrier island also known as part of the South Beaches.

With both ocean and river frontage, the city is the largest beachside community in South Brevard County. Consequently, the town is just 7.7 miles of shoreline in the City. Also, there is 2.8 miles of Atlantic Ocean beach, 1.3 miles of Banana River shoreline, and 3.6 miles  of shoreline fronting navigable canals connected to the Banana River. Yet, has a reputation for having the most amazing parks.

Secondly, the city has several parks, recreational facilities and natural landscapes. In 2013, Hightower Beach Park was renovated by a community partnership with Montecito Community Development District and state funds from the Florida Preservation 2000 and Florida Land and Water grant programs. As a result, the 15 acres park contains the natural dune system and has a boardwalk along the coastline. Another option, RC’s Beach and Buccaneer Beach are named for a former Royal Castle hamburger kiosk and the Buccaneer Condos, respectively.  Next, Coconut Point Park is a 36.9-acres community beachside park and sea turtle nesting site. Additionally, the park is listed in the state of Florida Great Florida Birding Trail. For instance, see Shorebirds like black-bellied plovers, red knots (winter), gannets, seabirds (offshore), and red-throated loons (winter). Of course, our Satellite Beach moving company is aware to always bring the right size truck for the job. Because, many of the communities have an array of trees for the wildlife.

Also, the David R. Schechter Community Center is a recreational community center. Further, it hosts gatherings, community special events, classes, programs, and other activities. Additionally, theer is the Pelican Beach Park. During the summer months, the Sea Turtle Preservation Society conducts weekly sea turtle tours. As a result, the north dune crossover is also known as the “Pelican” by the local surfers. Meanwhile, for those who love tennis, the DeSoto Park features eight tennis courts as well as two  racquetball courts.

Another option, Samson’s Island is a 52-acre park. Interestingly, as an island, it was overrun with exotic plants and today is only accessible by boat. To specify about the wildlife, there are butterflies, gopher tortoises, armadillos, squirrels and snakes.  As bonus elements, the island contains trails, bird watching, camping areas, wildlife, and picnic areas.  Lastly, the Satellite Beach Sports and Recreation Park contains 35 acres. Importantly, it has a walking trail, a skate park, dog park, frisbee fields, soccer fields and volleyball courts. Whereas, Gemini Beach Park is more quaint at just 2 acres  nestled between Ellwood and Park Avenue and contains dunes, sea turtles, and bird life.

In conclusion, the real estate market in in Satellite Beach is strong. Therefore, as an expert Satellite Beach moving company, we are here when you need us. In the same vein, with lots of condos to choose from, keep in mind we love stairs and elevators. As always, our estimates are complimentary and can be done in the home or virtually.  In summary, we are very knowledgeable and can accommodate your dates and budget with ease. 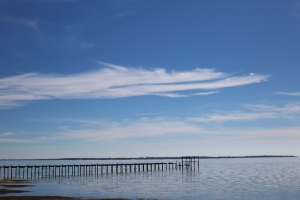